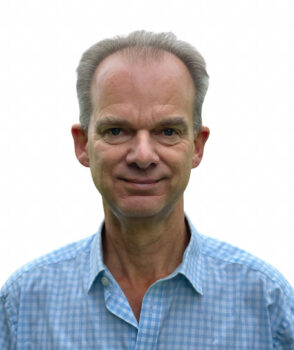 I’ll start this week’s update with a paper that caught my attention in the Digital Lancet by Wen et al., considering the characteristics of publicly available skin cancer image datasets. Now, this may sound decidedly dull, but I’m sure you’ve all heard about the magic of AI and how AI has the potential to transform our lives and, indeed, health care. One of the areas being actively explored is trying to assess skin cancer using simple techniques such as a smartphone. Just imagine if all you had to do was get out your phone to check a mole; amazing!

Quite a few of these developments are already being tested, but there are a few sizeable caveats. Firstly, you need the technology to work, which largely seems to be sorted or nearly sorted. Next, you need to ensure that the device can accurately identify the lesion as a possible cancer and, at worst, err on the side of caution. To do this, you need to train the algorithms on loads and loads of images telling it ‘this is good’ and ‘that is bad’, so it learns the characteristics of potentially cancerous moles.

All good so far, except there’s a possible fly in the ointment. There’s an assumption that the database of images being used is representative of the population, and this is where Wen et al. come in. They looked at how complete these publicly available data sets were regarding their coverage of different parameters. For example, geographical coverage, ethnicity, skin types and the type of images. That is, does the data set include just images or, in addition, microscopic appearance and dermoscopic appearance (a powerful magnifying tool tied by dermatologists).

Their study found that the data sets were far from complete, with various geographies and ethnicities underrepresented and differing completeness of image types This may seem like a technical issue; however, it’s crucial to the effectiveness of the algorithm to have complete data sets; because if groups are underrepresented, the tool will not be reliable.

AI has enormous potential to improve the efficiency of many of our health care processes and bring diagnostic tests closer to patients. However, this article really brought home to me the absolute need to ensure that the data these tools are trained on fully represents the populations they are used on. This may not be straightforward as this requires complete data sets, which is an ideal but not necessarily a reality.

How diet can reduce the risk of fractures in the elderly

The next study from the British Medical Journal (BMJ) caught my eye. It was undertaken by Juliano et al. in Australia and looked at whether or not changes in diet could reduce fractures in care homes residents. This appealed to me because it was about using diet rather than the usual calcium supplements or pills.
The study involved just over 7000 residents with a mean age of 86 years in 60 care homes. The homes were randomised into two groups. The intervention group provided their residents with additional milk, yoghurt, and cheese so that they received increased levels of calcium and protein.

The two groups were then followed up for two years. And they found that those in the additional calcium and protein group had a 33% reduction in all fractures, a 46% reduction in hip fractures and an 11% reduction in falls.

Even considering that there will be some variability in results, these outcomes are still impressive and demonstrate that fractures can be reduced by adjusting diet rather than just providing supplements. This is important because fractures are a significant problem in care home residents leading to increasing disability and dependence. Simple dietary measures alone can make a difference, and why then wouldn’t we want all our care homes to do this?

The effects of infant formula milk on cognitive development

This next one is curious, again from the BMJ but this time looking at the effects of infant formula milk on cognitive development. Breastfeeding is clearly the most beneficial form of infant feeding; however, somewhere in the region of 60% of infants less than six months old are fed with formula milk. Some of these preparations have been modified with the addition of long-chain polyunsaturated fatty acids and some with iron.

These “richer formulas” were designed to provide the additional dietary needs of preterm babies and babies born small for dates. One desired outcome being that such feeds would help provide similar cognitive outcomes to babies who were breastfed.

The study’s, undertaken by Verfürden et al., aimed to determine if there was a difference in academic performance in adolescents who had either had a standard formula or modified formula milk. They looked at just over 1700 adolescents, of which 425 were born preterm, 299 were born at term and were small for their dates, and 1039 adolescents born at term and expected weight. The team reviewed the data for three different types of modified formula milk.

To measure cognitive abilities, the study looked at the children’s performance in Maths at 16 years of age; they also looked at results in English at 16 and 11 years and Maths at 11 years. Their realist showed that none of the modified formula milks had any beneficial effects on performance in Maths aged 16. There was also no beneficial effects for modified formula over the standard formula for maths aged 11 and English aged 16 and 11.

This study was one of the few in this area that actually linked health data with educational data. Many studies have been undertaken using health data, but this study points the way for future studies to work across data sets to help tease out the benefits or disadvantages of health intervention.

The management of appendicitis

My final paper was also published in the BMJ by Mahase et al. looking at the management of appendicitis. Most of us think of this as almost a medical emergency, requiring admission to a hospital and a prompt operation. However, it has been recognised for some time that an inflamed appendix can be treated with antibiotics.
Mahase and her team undertook a randomised trial comparing a ten-day course of antibiotics against the standard treatment, an appendicectomy.

The study was undertaken in the US across twenty-five medical centres, covering 776 patients. They followed patients up at 30 days and 90 days. The antibiotic treatment was given IV for twenty- four hours, then orally. Their results showed that antibiotics were as effective as an operation at the 30-day assessment. However, by 90 days, a quarter of the antibiotic group had gone on to have an appendicectomy. Complications were also more common in the antibiotic group.

This is one of those studies that you can cut several ways. On initial reading, you think, what’s the point of treating with antibiotics when many end up having an operation. However, you can reframe that to say that more than 7 out of 120 patients treated with antibiotics avoided having surgery. What would you choose? I think I’d be keen to avoid surgery unless absolutely necessary.

Introductory Offer for our Private GP Service in London

At Prime Health Harley Street, we are offering a special Introductory Offer for private GP appointments with the experienced and trusted doctors from GPDQ.

Checking prostate health can be an invasive, uncertain and lengthy process, but at Prime Health we’re committed to changing that.